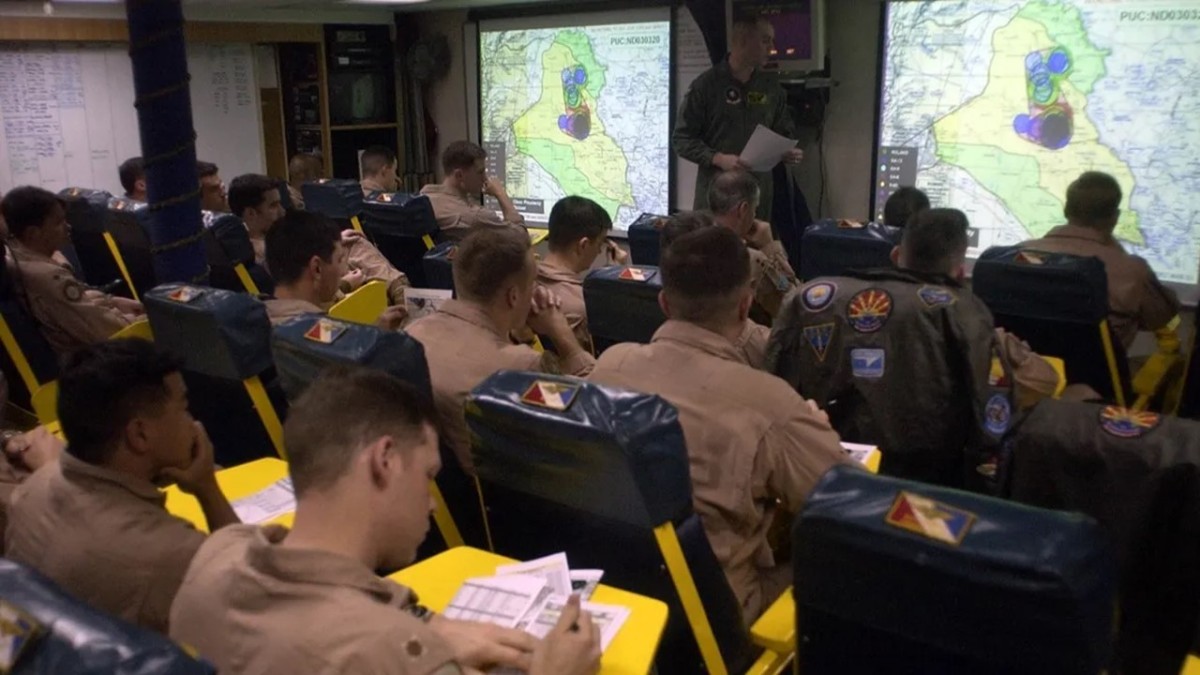 This will be rough and ready, fast and furious, and who knows what else.  Readers will be aware that Putin has just invaded Ukraine.  I include a few interesting tweets below, but for me the significant point is that we can now judge better what Putin’s intentions are.

We’ve always been able to assess with certainty that he wants to subjugate Ukraine.  The question was really what the timeline would be, and how much he was willing to breach the shaky semblance of order we still had left.

I wasn’t unprepared to see him move in something of a blitzkrieg style, but he’s being more emphatic and even “in your face” than I expected.  He’s apparently ready for a full, no-holds-barred breach, and will be counting on no residual conditions of stability to simplify his campaign.

For many years Putin has often spoken out angrily on the international stage, but acted with a measure of restraint.  That can be attributed to the potential for blowback and countermoves.  But it’s clear he expects no meaningful pushback from the U.S. this time.  He isn’t trying to game expectations at this point; he’s just on the move, and is probably doing even more than necessary to achieve his goal, and thus make a point.  This has a vindictive feel to it, like payback for his long-burning resentment over Kosovo and other grievances he’s been nursing.

I’ve said a number of times that the U.S. and NATO posture has been on autopilot, sclerotic and at least partly outdated, for much of the period Putin has nursed his grievances in.  Putin is the wrong guy to make the case at this point, but there’s been a case to be made that we needed a real reset with Russia.

It was never going to work for that reset to be a result of American weakness, however.  We’ve got a reset with Russia – that’s what we’re looking at right now, at this very moment – and it’s because of a posture of abject, chronic weakness on the part of the Biden administration

It appears that Putin is going to get as much done as he can in this useful condition, having chosen to breach the peace.  Something to think about is that when his amphibious force was assembling in the Black Sea – a process that started weeks ago – ships transited from the Northern and Baltic Fleets.  During their voyages to the Black Sea, there were some reports that they had their complement of embarked forces loaded for the transit.  In other words, they wouldn’t have to pull into Russia’s Black Sea ports to load their assault force.

The advantages of that for Putin are obvious; e.g., there would be no spotlight glaring on the embarkation and no trigger sense to its timing

But what it means is that Putin had already decided even more weeks ago to be ready to do what he’s doing right now.

That’s emblematic of why we would be wrong, I think, to imagine that “Ukraine” is his only objective.  It appears Putin has been certain for quite a long time that he will be ready, when conditions are right, to pursue the entire list of demands he presented to NATO in January, and in fact even go beyond that.  He’ll be settling at least a couple of scores if he can.

If, as seems increasingly likely, he has China (and perhaps Iran) keeping the U.S. and our network of allies occupied, Putin could get a lot done.  We’ll see what he does in Transnistria, to start with, on Ukraine’s southern border, where Russia has had a contingent of some 1,000 or so troops for many years.  If he has no plans to further intimidate Southeastern Europe, he’ll probably leave that condition pretty much as-is.  But if he’s serious about making the presence of U.S. missile defense assets in Romania untenable, I wouldn’t at all count out a move to beef up Transnistria.

From such a posture he could expand the intimidation field across Romania – where we’re also not going to fight, and Putin may not have to – to support Serbia in a move to reclaim Kosovo.

Resubjugating the Baltic Republics is an obvious move.  Doing that can’t really be accomplished without it being a forthright attack on NATO (whereas extorting Romania to kick out our missile defense contingent could be done short of that).  But making a play for the Baltic Republics is not inconceivable, if China goes after Taiwan and the South China Sea on the other side of Asia.

Putin seems to calculate that his moves, as outlined in earlier articles, will probably have the effect of dividing NATO and increasing the alliance’s paralysis over time.  He is hardly unrealistic to think so.  We’ll see where he goes with it.  He’s moving rapidly right now to put Ukraine in a pincer, striking first at both Kyiv in the north and Ukraine’s maritime frontier in the south.

There were reports in the early morning, Ukraine time, that Odessa was struck with missiles.  The port of Mariupol on the Sea of Azov also experienced explosions overnight, according to local reporting.  Several news outlets including CNN and Fox have reported being told an amphibious landing by the Russian fleet is in progress, as of this writing (about 1 AM California time).

And in Kyiv, where explosions were being seen and heard overnight, there are reports that Russian airborne troops are working to secure the international airport.  Unconfirmed local reporting has also suggested tanks and infantry vehicles massing on the border with Belarus, just north of Kyiv, and jets heard over Belgorod, Russia, possibly preparing to support ground operations against Kharkiv.  Jets in that area are probably tactical bombers, and would indicate an intention to mount a deep battle effort, more than merely supporting a localized fight launched by the separatists in Luhansk.

Before loosing the tweets, a last point about Putin’s threat (from his Wednesday broadcast) to the Western nations:  “If you interfere, you will face consequences greater than any you have faced in history.”

Putin warns the West: 'If you interfere, you will face consequences greater than any you have faced in history' https://t.co/WKgUyEGyBa

I don’t think he has any intention or desire to use nuclear weapons.  He’ll hold those in reserve for deterrence.  Nuclear weapons deterred the West very effectively during the Cold War.

My estimate is that what Putin is likely to actually use is the long list of asymmetric measures we looked at on 12 February.

Well, somebody's thinking anyway.
A lot of ways Russia can get at us (and others) if we're ill-prepared. https://t.co/bHUQf20JZY

There may actually be SWIFT governor/voters who vote to "cut Russia off" in order to curry that boon, and further undermine the status quo.

Certainly, it’s possible for the U.S. and our allies to impose sanctions that could, if enforced, be very draconian.  But by doing so, we would be dismantling the current order with our own hands.  Putin knows that.  It appears he is ready for that consequence, as Xi Jinping probably is too.

We shouldn’t exaggerate the extent to which Putin and Xi have us over a barrel.  But under the leaders currently in office throughout the West, they can count on slow reactions and uncertainty of purpose.  Biden, for example, should not be warning Americans about sacrifice; he should be unleashing our still-unequaled economic power and encouraging us to go all-out to lead the way, protect our interests, and carry our allies and the world over the “consequences.”

That, we are well able to do – but not with idiotic mask mandates suffocating us, and a host of mandates and shutdowns idling and fretting our economic dynamo.  We are not poor and desperate, not even a little bit:  we are being held back and throttled by our own government, as it takes advantage of our law-abiding character which even after years of being picked at and defamed has still not been lost.

The tweets follow.  I’m simply copying then in from an email I sent earlier.

Reports of multiple explosions in Kyiv.

Two booms heard from my apartment on Khreshatyk, Kyiv in the past 3 minutes

Putin declared Eastern Ukraine air space closed through 18 May about 3 hrs before this writing.  NOTAM warning civilian aircraft not to enter any of the Ukrainian FIRs, effective at least through end of Zulu day 24 Feb.

Right now NOTAM effective through end of 24 Feb. All Ukrainian FIRs.
This is separate from Putin declaration of closed air space in E. Ukraine. But in response to it. https://t.co/EHxUKfuVeA

Twitter user picked up Russian bomber on tactical HF frequency passing “short figure messages.”  Tactical formatted reporting, it sounds like.  Called it a strategic bomber but that just references the airframe (not clear what kind; ordinarily I’d say Tu-95M, but could be Tu-22M Backfire), not the weapons load. This would NOT be nuclear strategic activity.

You can monitor the frequency online at the following receiver in Europe.

Another user says lots of Mi-8 (helicopters) assembling at Krasnodar, which is just east of Crimea south of Rostov-on-Don. Mi-8s typically used for troop transport.  More than a 2-ship muster; transport is likely. Reinforcing Crimea?

Usually for troop transport (Mi-8s). Just across from Crimea. Loading up?

And Putin announces in speech to Russians that a special military operation is commencing in Ukraine.  Says objective is demilitarizing Ukraine.

Russia has decided to carry out a ‘military operation’ in Ukraine, Putin says https://t.co/73t8AjU7wM

Honestly not expecting a big heavy-duty fight in Ukraine.  Putin apparently feels confident in attacking Kyiv immediately (whoever’s doing it).  That’s informative.  Watching Transdniester next to Moldova; if Putin beefs up there he means to have Ukraine in a pincer.  It would also be indicative of his overall confidence, as it would be an exposed position at the outset.

Rubio says Russian airborne (VDV) in Kyiv already.
Haven't seen other confirmation, could be.
If Putin wants to seize & hold Kyiv quickly, will want to neutralize Kharkiv to the east. https://t.co/m2Cux4qHWx