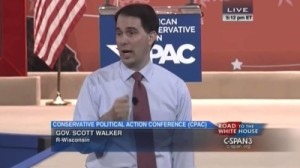 Ghosts on the prowl.

Renee Nal wrote earlier today at Liberty Unyielding about the Yanukovich government trying to intimidate opposition protesters in Kiev by sending a threatening message to their cell phones.  As she notes, selecting their phones to receive the message required the government tracking their phone activity.

Creepy, indeed, as Renee says.  But in a sense, it’s just a modern, technical method of fomenting the kind of violent, “dirty tricks” political conflict in which Bolsheviks specialized a century ago, and which disciples of Saul Alinsky sought to perfect in the 1960s.  What this set of tactics is about is creating chaos, fear, conflict between groups: END_OF_DOCUMENT_TOKEN_TO_BE_REPLACED

What are the implications of the extensively documented fact that agents of the Soviet government were employed in high positions in the United States government in the 1930s and 1940s?  Do we have a skewed view of World War II because we have failed to address that question?  If our perspective changed, would we judge that we didn’t even win World War II – but, to be more accurate, Stalin did?

Diana West’s remarkable new book, American Betrayal: The Secret Assault on Our Nation’s Character, compiles some potential answers to these questions.  As West argues early in the book, END_OF_DOCUMENT_TOKEN_TO_BE_REPLACED

The sound of freedom: noisy, challenging, the source of enduring greatness.

The sound of silence

Perhaps we are beginning to recall that difference.  We had better knowledge of it in the period of the Cold War, after World War II, when the examples of Nazi Germany, the Soviet Union, and Maoist China towered over our imagination.   It was truly said of these dreadful regimes that they were ruled by terror and silence.  Indeed, the two go hand in hand; Elie Wiesel said that “silence encourages the tormentor, never the tormented.”

Hope WAS a method, in this case.

Few may have joined in commemorating Ronald Reagan’s “ash heap of history” speech last week, but the infosphere is alive today with the sound of perhaps his most famous appeal, made on this day in 1987.

Peter Robinson had a wonderful piece at the Wall Street Journal over the weekend, in which he cited the opinions of former subjects of the Eastern Bloc that Reagan’s words spoken at the Brandenburg Gate had indeed made a difference.  A retired German, Dieter Elz, offered this perspective:

[T]he division of the continent [into Communist East and free West] had come to seem permanent, inescapable, fixed.

“Everyone was aware of the suffering in the East,” Dieter said, “but no one could see what to do about it. END_OF_DOCUMENT_TOKEN_TO_BE_REPLACED