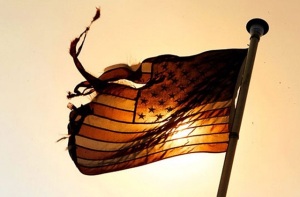 In 1989, Francis Fukuyama wrote an essay for the National Journal entitled “The End of History?”  The essay became the foundation of his 1992 book, The End of History and the Last Man.  I read the book at the time – and disagreed at the time with its quintessentially-20th-century thesis that mankind had evolved firmly into Western liberal democracy, and that the social and cultural pressures that had hitherto created “history” would no longer be doing so.

That’s the 20th century in a nutshell: the ascendance of a shallow, even sophomoric belief END_OF_DOCUMENT_TOKEN_TO_BE_REPLACED