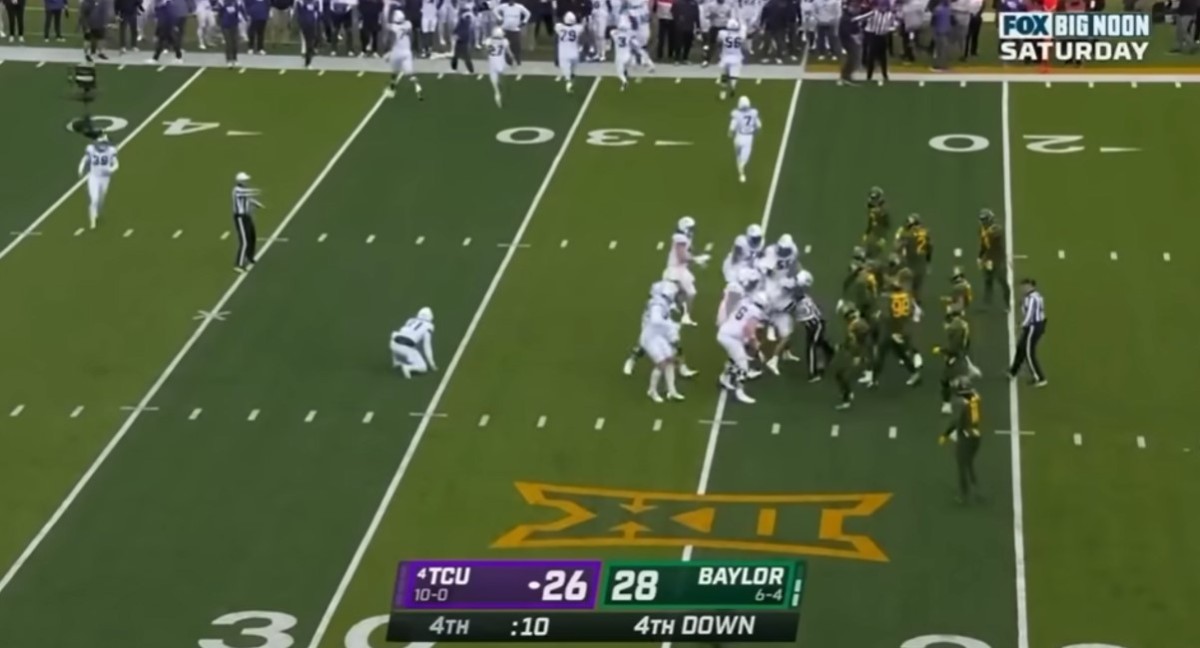 And so at last we all check our 2022 bingo cards and see how they held up as championship weekend bears down on us.

Interestingly enough, the PAC-12 is probably the only one in which I might have called the title match before the season.  I say “might”; it’s not a sure thing, but both teams, Utah and USC, would have been contenders for me.  (I wasn’t going to predict Oregon, lemme just tell you that.)

In the ACC, I originally thought Miami (Da U) would do better.  How silly was that?  In the SEC I was hopeful about LSU, of course, but didn’t foresee the title match with three losses.  In the Big 12, I wouldn’t have called either TCU or Kansas State (but then, I wasn’t expecting the Oklahoma teams to implode).  I was expecting more out of Baylor.  In the Mountain West, I thought we’d see a stronger performance out of San Diego State.

Probably no need to even say anything about the Big 10.

Anyway, here we are.  One general note, before we start picking champions and lining up bowls.  Most correspondents of this distinguished forum are probably aware that the playoff is now set to expand to 12 teams with the 2024 season.  So get your grumbles and nitpicks ready to go.  Here it comes!

For this weekend, we’ll concentrate on the Inner Circle teams that are playing for a conference championship.

New #14 LSU (9-3) takes the field Saturday against #1 Georgia (12-0) for the SEC championship game at Mercedes-Benz in Atlanta.  The Bulldogs are giving 17.5, but ooh, doggies, would we like to see LSU take this one.  We do think LSU will cover.  We’re at least going out that far on the limb.

Toledo is 7-5 and Ohio is 9-3 going into the MAC championship at Ford Field in Detroit, bright and early Saturday.  But the oddsdudes have the Rockets favored by 3.  That’s not too surprising; if Toledo’s playing to their potential, they’ve got more tricks in their bag than the Bobcats, and (humble opinion) an edge in the coaching department.  Go Rockets! Blast off!

That does it for our Inner Circle this weekend.  We’ve still got The Game to play on 10 December, and a gaggle of bowl-eligibles to follow in the post-season.  But for now, we’re just proud of our conference title contenders, and pulling for every one of them.

For championship weekend, we’ll take the Best of the Rest in order, because it’s all good.

Friday night sees the Conference-USA match, with North Texas (7-5) and UTSA (10-2) meeting at the Alamodome in San Antonio.  The Roadrunners are favored by 8.5 over the Mean Green.

Shortly thereafter, #4 USC (11-1) and #11 Utah (9-3) will commence to bloody each other for the PAC-12 honors at Allegiant in Las Vegas.  The Trojans are laying 3 in this one.  Grudges are one thing, but they know they’re playing for that shot at the CF^pearly-pods berth.

On Saturday, we’ll see Coastal Carolina (9-2) and Troy (10-2) duke it out in Troy’s house in Troy, Alabama for the Sun Belt title.  Troy’s Trojans are donating 8 to the Chanticleers.

At 3 PM Central, #22 Central Florida (9-3) will be at #18 Tulane (10-2) to clash for the American Conference championship.  The Green Wave is favored by 4 in their own Yulman Stadium in New Orleans.

Simultaneously, Fresno State (8-4) and Boise State (9-3) will take the Blue Field of Death in Boise to fight for the Mountain West title.  The Broncos give 3.

And in the marquee slot on ABC, the ACC will hold its big contest between #9 Clemson (10-2) and #23 North Carolina (9-3) at Bank of America in Charlotte.  Clemson is favored by 7.5, but we suspect a lot of folks are skeptical about the spread.

Best of the really, no-kidding rest

Football bounces funny, and even in non-COVID years we have the darnedest things going on.  We don’t even want to know why New Mexico State is hosting Valparaiso (FCS, Pioneer) in Las Cruces on Saturday in Week 14, but we wish both 5-6 teams the best.

In Div II, Slippery Rock succumbed to Shepherd last weekend in a most respectable loss, and retires honorably from round 2 of the tournament.  Well done, Rock!

Previewing the Other Ranks tournaments, we note the following.

The FCS championship will be played on 8 January 2023.  Noteworthy detail:  Southeastern Louisiana  is still in the running, advancing to a meet with Samford in round 2 on Saturday.  SELA plays in McNeese’s Southland Conference, and in fact, defeated McNeese only very narrowly (28-27) on 29 October.  We wish the Lions the best.

In Div II, the championship game will be 17 December.  Indiana (PA), from Slippery Rock’s PSAC, is playing Shepherd in round 3 on Saturday, and we wish them the best as well.  The highly dubious Colorado School of Mines is also still in the hunt, meeting Angelo State (San Angelo, Texas) on Saturday.

And the Div III championship match will be played on Friday 16 December at 7 PM.  Usual suspects like Mount Union and Mary Hardin-Baylor are still in it, but we’ll see if maybe someone not so usual leaks through this year.

Feature image:   With 10 seconds on the clock and no timeouts, TCU kicking team rushes onto the field to give kicker #39 Griffin Kell just enough of a chance to kick a FG in a heart-stopping, last-second win over Baylor, 19 Nov 2022.  PSC Highlights (Fox video), YouTube.