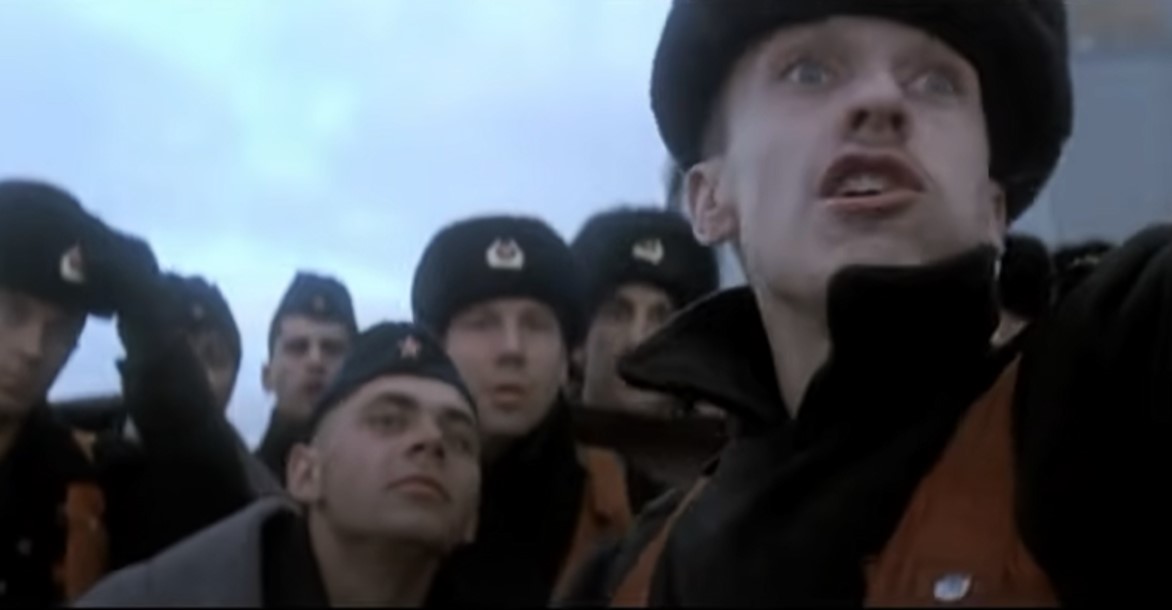 According to RIA Novosti, the Russian navy “discovered an American submarine of the ‘Virginia’ type near the island of Urup.”

“The crew of the submarine,” says RIA Novosti, “was given a message in Russian and English via underwater communication: ‘You are in the territorial waters of Russia. Surface immediately!’”

The Russians claim the Virginia-class attack sub then deployed a decoy (“used a self-propelled simulator to double the target on radar and acoustic control means”) and “left Russian territorial waters at maximum speed.”

This would be bogus, and a U.S. Indo-Pacific Command spokesman “flatly denies” the event.  An AP story carried at Navy Times quotes Navy Captain Kyle Raines as follows:  “There is no truth to the Russian claims of our operations in their territorial waters. I will not comment on the precise location of our submarines, but we do fly, sail and operate safely in international waters.”

We needn’t speculate further on that, but there’s some useful analysis to be done.

Note:  there are five Virginia-class nuclear-powered attack submarines (SSNs) in the U.S. Pacific Fleet, according to COMSUBPAC.  I mention that for completeness.  You can tote up the other sub classes (see the link) at your leisure.

Whether there was or wasn’t a U.S. submarine at or near the location referenced, it appears Russia has a specific agenda.  Making a public claim about such an event, which the U.S. would know perfectly well didn’t happen, would have to have a particular motive of some kind.  It would be fatuous to think it was merely about generating noise or throwing cheap, absurd shade at the U.S.

Another note for clarity:  what I deem bogus is the Russian claim about the course of events.  Again, I’m not going to speculate about whether a U.S. sub was there.

The reference to Urup Island is key.  See the red line labeled “1855” on the first map.  Urup is the southwesternmost Kuril Island recognized by international consensus as belonging to Russia.  Russia lays claim, however, to the islands closer to Japan, which Japan calls the Northern Territories (and refers to as Etorofu, Kunashiri, Shikotan, and the Habomai Islands).

The claims dispute is still formally considered unsettled, its features being unchanged since the end of World War II.  The U.S. has not backed either party’s claim (unlike our recognition of Japan’s claim to the disputed Senkaku Islands northeast of Taiwan).

Meanwhile, with the claim unsettled and the UN not confirming Russia’s claim, no recognition is due to Russia’s assertion that all of the space lying between Urup and Iturup is Russian territorial waters.

By this reading, only half of that space may be treated by Russia as territorial waters.

If all of the space were recognized as Russian waters, that would come with an expectation that foreign warships would make transits in accordance with the “innocent passage” rules of “straits passage.”  More below.

But such a recognition is in limbo pending a settlement between Japan and Russia.  As things are, the U.S., if one of our subs drove through the strait between the two islands, could legitimately regard the move as the transit of an international strait – which is governed by a separate (and less stringent) set of rules.

In other words, if Japan owns the waters on the Iturup/Etorofu side, and Russia the waters on the Urup side, the strait between them is an international strait, and Russia can’t claim the expectations of a littoral nation owning the islands on both sides.  In the case claimed by Russia, although straits passage can still be made without hindrance, it must conform to rules of “innocent passage.”

For innocent passage, which applies to non-international straits, submarines and other underwater vehicles are required to transit on the surface displaying their flagging state’s flag.

In practice, enforcement of that requires first knowing that they’re there.  It would be vain to claim that all straits passages made by submarines in non-international straits conform to the rules of innocent passage.  But a nation with recognized claims to both sides of a strait is entitled to enforce innocent passage.  Indonesia is a good example.

The distance between the islands in question is just under 20 nautical miles (about 19.9 NM).  In the international strait case – not necessarily applicable, since the ownership of the islands has not reached a recognized settlement – a likely settlement would award half of that distance to each party as territorial waters.  Thus, Russia would be able to claim a vessel had entered her waters if the vessel came closer than 9.95 NM to Urup Island.

That distance is shorter than the standard for territorial waters claims, which is 12 NM.  There are a number of recognized international straits around the world where the territorial seas on either side extend less than 12 NM from the baseline used to measure them.  It’s not uncommon.  Whether the distance is more or less than 24 NM across an entire international strait, there’s a convention for passage, which typically hews to either a center line or a traffic separation scheme (like the one through the Strait of Hormuz).  The center line just may be closer to each side than 12 NM.

But the space between Urup and Iturup/Etorofu isn’t a settled matter, and the point of all this is that, regardless of whether there was a U.S. SSN off Urup Island or not, Russia’s announcement is information about Russia’s goals.  The goals can be discerned by viewing this event through the lens of straits claims.

Since it’s unusual for Russia to make such a statement, even if it’s true a U.S. sub was there, we’re entitled to assume Moscow has a motive.  I consider it likely that Russia is signaling an intention to forcefully assert her claim over the southern Kurils close to Japan.  That’s more likely than that the Russians merely mean to warn the U.S. about our submarines.

For one thing, if there was no U.S. SSN in the vicinity, the U.S. and Russia both know the Russians are full of it.  It would be laughably counterproductive to make such a crudely untruthful display merely as a warning.

But if Russia means to move on the Japanese-claimed islands as part of her upcoming campaign, firing a salvo like the allegation of 12 February would be an “information ops” precursor – even if there was no U.S. submarine there.

Pretending to have driven out a U.S. sub would be a signal that Russia is going to act on her claim that all the water between Urup and Iturup is Russian. Therefore, any foreign sub (or other vessel) detected there is subject to the expectations of innocent passage, in which the sole littoral nation with ownership has more rights.  One of those rights includes ordering a foreign vessel to leave, if it’s perfectly healthy but not adhering to the profile of innocent passage.

Mainly – all that said – Russia appears to be saying she’s making her move.

That’s what I read in this Russian announcement.  Oddly enough, in my article a few days ago on the type of “war” Russia (and China) may have in view, one of the peripheral strong-arm moves I mentioned near the end was Russia acting to consolidate her claim to the islands Japan claims as the Northern Territories.  There is now just a bit more reason to think Putin is shooting for more marbles than the public story line suggests.

Russia may be saying it indirectly, but the message of the otherwise silly story about the U.S. submarine is: “We plan to come out of this conflict with uncontested ownership of the southern Kurils.  Memo to Japan (and U.S.):  all those islands’ territorial waters are belong to us.”

Feature image:  In the 1990 movie adaptation of Tom Clancy’s The Hunt for Red October (John McTiernan/Paramount), Russian sailors on a nearby surface ship witness a very exciting submarine emergency blow. Via YouTube/MovieClips

2 thoughts on “Russian claim of U.S. sub in territorial waters: A little more than meets the eye”