A government of men, not of laws.

Adam Smith famously said there’s a lot of ruin in a nation.  America today is testing just how much there may be.  How long can a center hold, in our expectations and daily interactions, when the protections of our scheme of law are being dismantled before our eyes?

Robert Barnes, writing at the Washington Post, had a good summary yesterday of how Justice Antonin Scalia’s prediction about the majority opinion in U.S. v. Windsor, the DOMA case ruled on in June 2013, is coming true.  The Supreme Court did not rule on the constitutionality of state laws that recognize only traditional marriage.  It ruled only on the question of the federal Defense of Marriage Act.  And the majority opinion claimed, somewhat coyly, not to settle the same-sex marriage (SSM) issue by ruling on DOMA, but only to reject DOMA.

That coyness aside, it was the basis for rejecting DOMA that Scalia found inexcusable, and objected to in his dissent (boldface added):

The Court … accuses the Congress that enacted this law and the President who signed it of something much worse than, for example, having acted in excess of enumerated federal powers—or even having drawn distinctions that prove to be irrational. Those legal errors may be made in good faith, errors though they are. But the majority says that the supporters of this Act acted with malice—with the “purpose” (ante, at 25) “to disparage and to injure” same-sex couples. It says that the motivation for DOMA was to “demean,” ibid.; to “impose inequality,” ante, at 22; to “impose . . . a stigma,” ante, at 21; to deny people “equal dignity,” ibid.; to brand gay people as “unworthy,” ante, at 23; and to “humiliat[e]” their children, ibid. …

When the Court declared a constitutional right to homosexual sodomy, we were assured that the case had nothing, nothing at all to do with “whether the government must give formal recognition to any relationship that homosexual persons seek to enter.” Id., at 578. Now we are told that DOMA is invalid because it “demeans the couple, whose moral and sexual choices the Constitution protects,” ante, at 23—with an accompanying citation of Lawrence [the case finding a constitutional right to homosexual sodomy]. It takes real cheek for today’s majority to assure us, as it is going out the door, that a constitutional requirement to give formal recognition to same-sex marriage is not at issue here—when what has preceded that assurance is a lecture on how superior the majority’s moral judgment in favor of same-sex marriage is to the Congress’s hateful moral judgment against it. I promise you this: The only thing that will “confine” the Court’s holding is its sense of what it can get away with.

Sure enough, Barnes informs us: the reasoning Scalia laid out for criticism in his dissent is what the federal judges who struck down traditional-marriage laws in Ohio and Utah have made reference to.  Among other passages, Barnes quotes Judge Timothy Black, U.S. District Court for the Southern District of Ohio (boldface added):

“Just as Justice Scalia predicted — the lower courts are applying the Supreme Court’s decision, as they must, and the question is presented whether a state can do what the federal government cannot — i.e., discriminate against same-sex couples . . . simply because the majority of the voters don’t like homosexuality (or at least didn’t in 2004),” wrote Black (the ellipses and parenthesis are his).

Keep in mind here, if you keep nothing else, that this is the operative clause: “simply because the voters don’t like homosexuality.”  Is that, in fact, why Ohio passed a defense of marriage act in 2004?  How do you know?  How does Judge Black know?  More importantly, does he have any business basing his rulings on such speculative, emotional, invidious assumptions?

The “rule of law” answer is no.  The judicial branch is not empowered, by our Constitution or our philosophy of government, to make its rulings based on prejudicial suspicions about the motives of other branches. 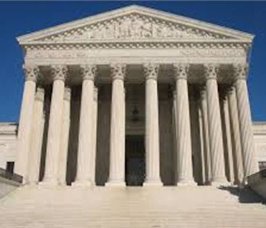 The reasonable man is quite easily able to recognize other, more philosophical and carefully ordered reasons why Ohio legislators would vote for a traditional-marriage law.  Even if he weren’t, of course, states and local governments make laws all the time about things that people simply don’t like (something Scalia alludes to in his dissent).  Until recent years, the Supreme Court has observed a very narrow and relatively firm boundary on its imputed competence to question the motives of the legislature (including the people in a referendum) or the executive.  Such questions, if they are to be raised in a government forum at all, are inherently political, not judicial, and belong with the legislative branch.

With U.S. v. Windsor, SCOTUS established a precedent of ruling based on prejudicial, inherently political evaluations about the attitudes of lawmakers toward policy.  When lower courts follow this precedent, it constitutes shredding the rule of law and ushering in a rule of personalities and partisanship, under which none of us will have protection for our rights.

The protection of rights is needed precisely because we don’t always agree with each other on everything, including such vexed questions as whether our various positions on public issues are principled and thoughtful or hateful and vindictive.  If our system of law isn’t protecting our right to differing beliefs – without excoriating some beliefs, misrepresenting them, or reframing them in a prejudicial light – then it is not operating on the “rule of law” principle.  With the Windsor decision, the Supreme Court departed from the rule of law.  As Scalia predicted, that decision has immediately encouraged the lower courts to do the same.

Note for new commenters: Welcome! There is a one-time “approval” process that keeps down the spam. There may be a delay in the posting if your first comment, but once you’re “approved,” you can join the fray at will.

2 thoughts on “Courts on same-sex marriage: Adieu, rule of law”